Home run for children with disabilities 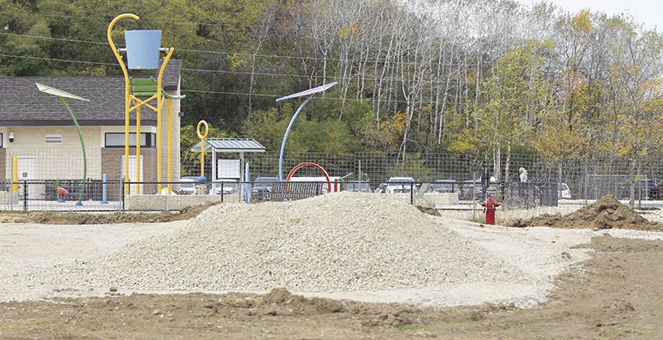 As a nine-year-old baseball fan growing up in New York state, Bill Schultz couldn’t play the game at the Little League level. His right leg was amputated at birth and his left arm and hand had deformities.

Decades later, while watching television, Schultz learned of a group called the Miracle League that builds baseball diamonds equipped for children with mental and physical disabilities. He went to the organization’s office in Atlanta, and from there, the idea to construct a facility for children with disabilities took off. The baseball diamond could open at Bakken Park in Cottage Grove in the late spring or early summer of 2021.

An October 14 groundbreaking ceremony provided village residents with information on the project and how it will benefit Dane County children who have not been able to play sports.

Schultz, now the executive director of the Miracle League of Dane County, said he expects 80 to 100 children to participate in the first year with the second year having better than 150 kids.

“We have had tremendous response from groups such as the Autism Society, Down Syndrome Society and other Dane County youth services,” Schultz said.

Greg Sweeney, a retired contractor from the Findorff Corporation who is donating his time on the project, said a four-inch concrete slab will be laid out at the construction site and on top of that, a rubberized surface will be installed that will make it easier for children in walkers and wheelchairs to navigate the playing surface.

After that, a fence will be put up around the perimeter of the field along with a backstop, and then work will begin on the dugouts and bleachers. To prevent players from tripping, the bases, baselines, pitching mound and home plate will be installed at the playing surface level and not protrude above ground.

The Miracle League has raised $360,000 with the fundraising effort boosted by an anonymous donor who recently provided a matching donation. The group hopes to raise another $60,000 to build a scoreboard and other amenities. Cottage Grove Village Council President John Wiliams said the project took a few months to go through certain committees before it was given the green light.

“The reaction has been super positive. Everyone is excited about this mission throughout Dane County,” Williams said. “Next spring is going to be an exciting time for players to come out to Cottage Grove and play on this field.”

The Miracle League has overseen the construction of 300 disability-friendly baseball fields in the country. Currently, Milwaukee has the closest facility to Madison.

The baseball players will be assigned volunteers who will help the children make their way around the bases, to the pitching mound and the batter’s box.

“There is really not a defined boundary for what these kids can do,” Schultz said. “Parents see kids smile, have joy in their faces, make friends and build self-confidence. This is a tremendous thing happening here.”